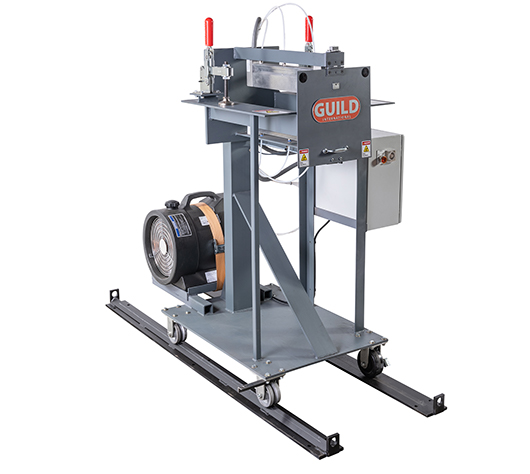 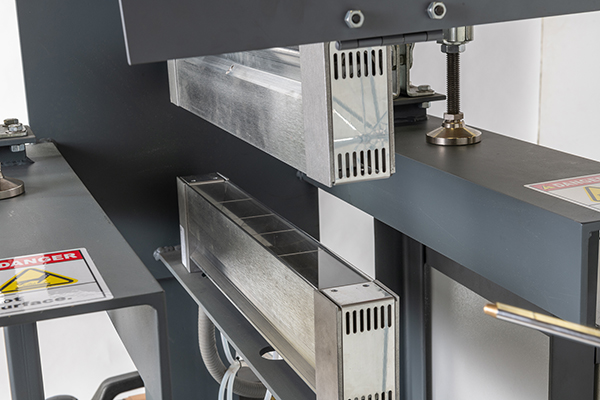 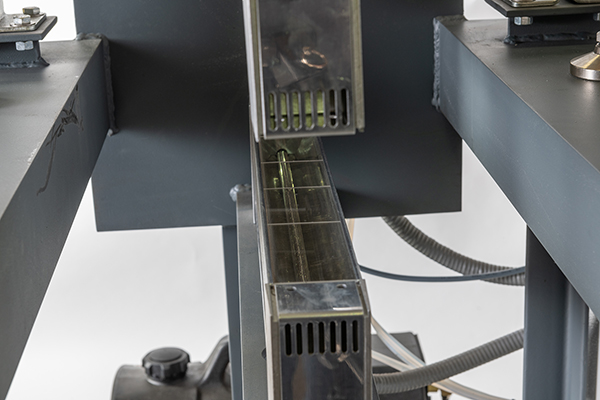 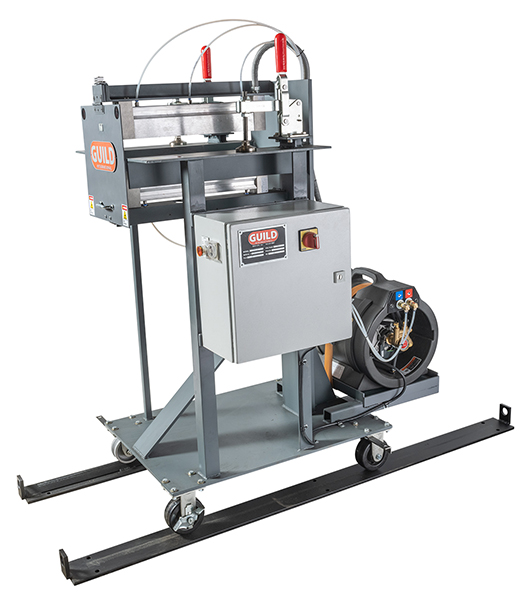 The Guild annealer is a double infrared lamp, post-weld station that can be mounted on a frame and comes ready for operation. The unit consists of two (2) elliptical reflectors and two (2) tungsten filaments enclosed in Argon atmosphere quartz tubes. The desired annealing temperature is reached on a time basis. All push buttons, timers, and controls are included. The machine is tested and ready for operation prior to shipping. A self-contained, water recirculator is included.

The entire annealer assembly is mounted on a machine base that includes casters. The annealer must be removed from the line during line run to ensure the annealer bulbs are not damaged.

The QMT/QMM Quicklap Seam Welder can be equipped with a post-weld induction annealer. The inductor will be mounted between the weld and planish wheels on the bottom side of the strip. When annealing is selected, the inductor will anneal the strip in the same pass as the weld.

When including an annealer with a Guild RCM, ME or DMI machines, one (1) or two (2) annealing heads will be located on the weld carriage. The post-weld induction annealers are located after the MIG welding torches. The annealing units can be used for post or pre annealing. These heads will move with the weld torch while heating and annealing the weld concurrently as the weld is made. When not in use, the unit can be lifted out of position by cylinder operation.

Guild International offers a complete line of coil end welders for almost any application. Our patented product line includes Zipwelders(TM), resistance welders, semi-automatic shearwelders, and strip accumulators including Supercoils®, Superloops(TM) and Continuous Coils. Guild also produces a full line of rotary and cropshears along with uncoilers, speed funnels, and flatteners. Plus, our team of engineers will help you determine your needs and ensure proper equipment design and compatibility with your existing equipment. With Guild’s coil processing machinery, you can improve your processing line’s productivity and stay competitive in today’s business world. Put Guild International to work on your strip processing needs today.